**IF YOU ARE NOT FEELING WELL, PLEASE RESPECT THE WELL-BEING OF OUR STAFF AND OTHER PATIENTS BY RESCHEDULING YOUR APPOINTMENT. To protect ALL our patients and staff the following precautions/policies are in effect: • Patients are asked to come to their appointments alone or limit accompaniment to 1 person only if accompaniment is necessary. All others are asked to wait outside of the building. • All patients are required to use provided hand sanitizer at check in. • Patients are asked, when possible, to keep distance of at least 6 feet from other patients, especially in waiting room. • We have spread out appointments to minimize congestion in waiting room. • If your schedule is flexible, we ask that you consider scheduling during less busy times. • Clipboards and countertops are wiped between direct patient contact as frequently as possible. • All office door handles and office countertops are wiped every 30 minutes by staff during office hours. • Beds are wiped with hospital grade disinfectant / anti-viral between each patient. • ALL STAFF will use hand sanitizer before and after each patient encounter. • Avoid handshakes, hugs and contact with any staff member outside of the physical doctor treatment Doctors and Staff are doing our part to be responsible health care providers. We take the threat of COVID-19 seriously and are diligent in protecting each of your well being. Thank you for entrusting your health to Spine One Chiropractic. We assure you, our office staff is taking all possible precautions to ensure your health.

Would you like to switch to the accessible version of this site?

Don't need the accessible version of this site? 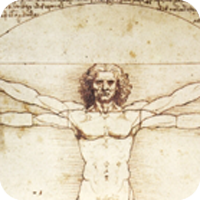 Manual manipulation of the spine and other joints in the body have been around for a long time. Ancient writings from China and Greece dating between 2700 B.C. and 1500 B.C. mention spinal manipulation and the maneuvering of the lower extremities to ease low back pain. In fact, Hippocrates, the famous Greek physician who lived from 460 to 357 B.C., published a text detailing the importance of manual manipulation. In one of his writings he declares, "Get knowledge of the spine, for this is the requisite for many diseases." Evidence of manual manipulation of the body has been found among the ancient civilizations of Egypt, Babylon, Syria, Japan, the Incas, Mayans, and Native Americans.

The official beginning of the chiropractic profession dates back to 1895 when Daniel David Palmer restored the hearing of Harvey Lillard by manually adjusting his neck and something told him that he was on to something good. Two years later, in 1897, Dr. Palmer went on to begin the Palmer School of Chiropractic in Davenport, Iowa, which continues to train doctors of chiropractic to this day.

Throughout the twentieth century, the profession of chiropractic has gained considerable recognition and scientific support. Research studies that have clearly demonstrated the value of chiropractic care in reducing health care costs, improving recovery rates and increasing patient satisfaction. In fact, one very large study conducted in Canada, the 1993 Manga Study, concluded that chiropractic care would save hundreds of millions of dollars annually in work disability payments and direct health care costs. Several major studies conducted by the U.S. Government, the Rand Corporation and others, have all demonstrated the incredible value of chiropractic care.

*We are close everyday from 12pm to 1pm

Find us on the map

Reviews By Our Satisfied Patients

I'm not one to normally go to a chiropractor. When I was sent to Alternative Chiropractic for care, I was a little skeptical. I went to Dr. Bell after a car accident. Him and his office staff are wonderful. They do truly have compassion for their patients. They had me back to feeling great in no time. Wish I had known that it would have helped me so much. I often go back for adjustments just because it makes me feel so good. Highly recommended. Friendly atmosphere and the massages are awesome!!